This week the students from Certificate III in Marine Habitat Conservation and Restoration learned about the local conservation and restoration organisations, their citizen science programs, their visions and main goals, and how students can connect with them. 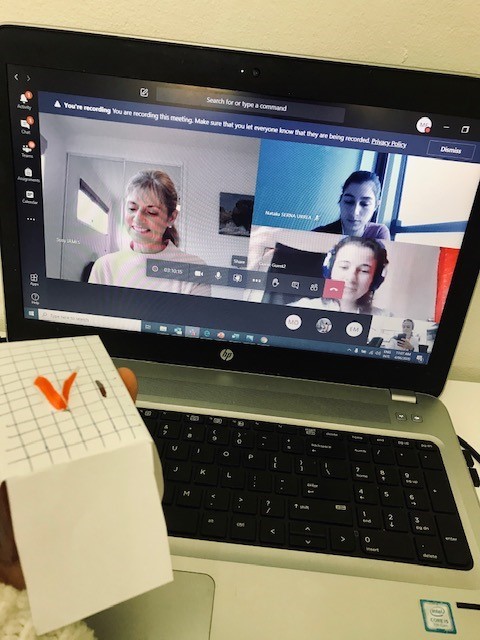 We also had the participation of the co-founders of ProReef, a local small company that has Coral Reef Conservation as their driving force. Coral reefs are one of the most diverse ecosystems on Earth and currently, these ecosystems are threatened by multiple stressors, such as increasing sea surface temperatures, higher intensity, and frequency of cyclones, pollution, diseases, and crown-of-thorn outbreaks. They are vulnerable diverse organisms, that need human intervention in order to thrive under such a changing world.

Some coral species grow very slowly such as the brain coral, growing about 2-3 cm per year! Others such as branching corals grow much faster, about 30 cm per year. Scientists are developing new techniques to select heat-adapted species which are then used in coral reef restoration projects. Others are applying micro fragmentation techniques to speed up the growth of slow-growing corals; multidisciplinary initiatives are also created to help increasing genetic diversity in tropical coastal oceans. Companies as ProReef are essential to intensify the efforts towards a more efficient and united action to protect the Coral Reefs globally.

In order to demonstrate what a coral reef restoration looks like, they asked the students to create their own little restoration project using a piece of paper, scissors, and markers. That was so much fun! Within a few minutes, each student had created their own mini origami of a coral restoration project!!! The baby corals were ready to be transplanted! 😊
Certificate III in Marine Habitat Conservation and Restoration is a fun course. Stay tuned for new updates 😉

Our team is passionate when it comes to Environmental Sustainability. If you would like to know more about our courses, fill your details here.

Your form was sent successfully!

You will be contacted shortly by a member of our team

We could not send your message. Please try later or contact the administrator